A Community Tradition Shines On 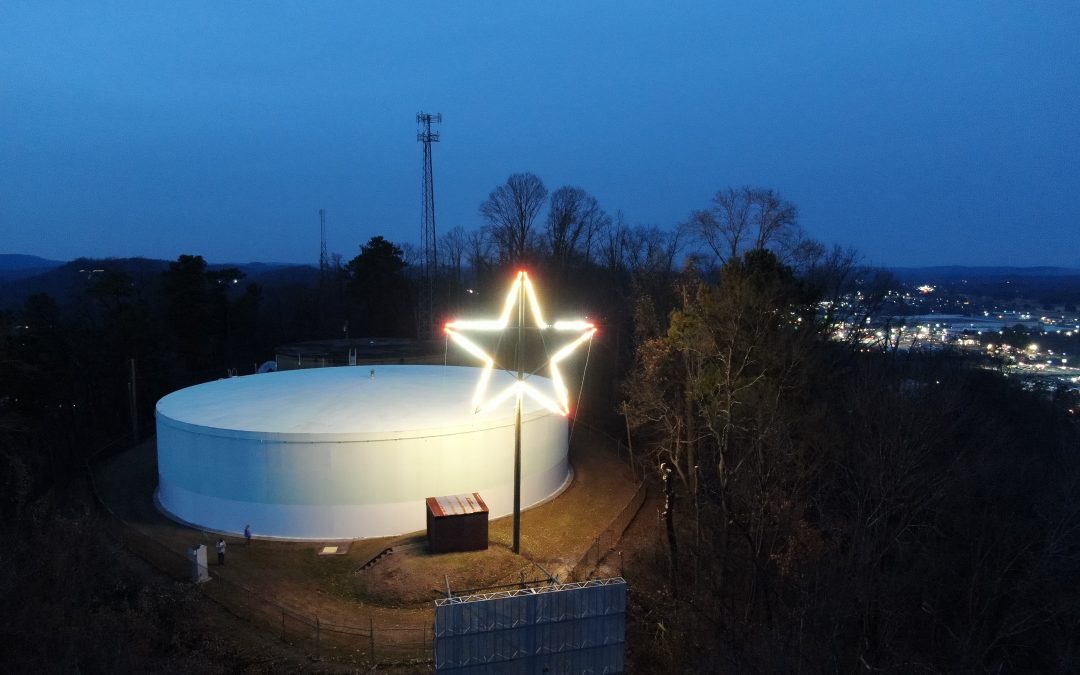 A Community Tradition Shines On

Dalton Utilities lit the star on top of Mount Rachel on Wednesday, December 1, continuing a Christmas tradition that has been a part of the Dalton community for 87 years. The star, owned and maintained by Dalton Utilities, shines brightly from December through New Year’s Day.

Each year, the star is turned on by a descendant of Carl McCamy or children of Dalton Utility retirees.

“This year, Ivey Grace Oliver (great-great-granddaughter of the late Carl McCamy) was invited to do the honors of lighting the star. This is a long-time tradition for descendants of the Carl McCamy family,” stated Dalton Utilities’ spokesperson Kay Phillips. “To honor the late Mr. McCamy, the former superintendent of Dalton Utilities who had the original 30-foot tall wooden structure built, Miss Ivey Grace carried out the lighting of the star beautifully, marking the beginning of the holiday season. Additional family members present at the star lighting were David Renz, granddaughter Mary Julian Renz, great-granddaughter Lexie Oliver, and great-great-grandson Renz Oliver.

The Mount Rachel Star has been a community tradition since 1935 when the late Carl McCamy had the wooden structure built. The temporary star structure was placed on top of Mount Rachel each December and was lit every year after 1935, except during the blackouts in World War II. In 1947, the original wooden structure was replaced with a permanent structure made of iron. Then in 2005, the star was completely overhauled by Dalton Utilities’ personnel. They rebuilt the frame, replaced all the lights, and rewired the structure. The Mount Rachel Star now measures 40 feet in diameter, towers 65 feet above the mountain, and has over 230 LED bulbs allowing the star to be seen from miles away.

The star will continue to shine brightly over our community through January 1, 2023, to wish everyone a Merry Christmas!

Read more about the Mount Rachel Star on our website at www.dutil.com. ####